Selections from the top of the pile... (Maiden Voyage, The Hustle, The Oxford Book of Modern Science Writing, Microcosm, and Rhythms of the Brain)

What are you reading right now? What made you choose it? Are you enjoying it? Would you recommend it? 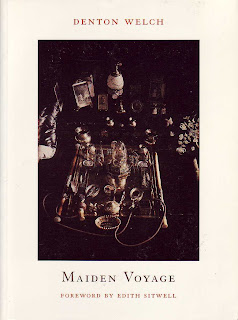 Denton Welch's Maiden Voyage is a fictionalized memoir about a refined English boy who at 16 feels very much an outcast, hates his public school, and runs away. Welch wrote in the 1920s and 30s before dying very young from injuries sustained in a terrible accident. He is a writer's writer,admired for his use of memory and openness about his homosexuality. I have come to read this because so many English writers talk with admiration of his books. I'm just 50 pages in and haven't yet decided what I think, except to say that English fiction gets a lot of mileage out young boys in public schools, Dickens, Harry Potter... 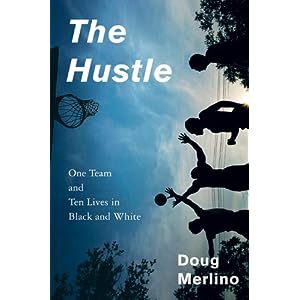 My friend Doug Merlino has written a book about race relations in American via a memoir of his participation in a multiracial basketball team, an anomaly when Doug played the game in his youth in Seattle in the 1980s. I'm liking the unsentimental, reportorial voice and on the flip side the very personal take on a vast and unwieldy theme. I'm enjoying it for those reasons but as much for the fact that I finally get to read something by Doug, who I've known for some time but have yet to read a word from. The Hustle will be published at the end of this year and I recommend reading it once it is. It's an accessible way to think about a troubling cultural reality of the U.S., one whose legacy is still alive, and one which has its analogues in most other countries as well. I have been dipping into Richard Dawkin's compendium of 20th and 21st century writing across the sciences for many months. The writers are various, treating subjects from consciousness to DNA to the mechanics of the spiral form in voices that range from erudite and polymathic to highly focused and down-to-earth. They each have in common a mastery of a way of understanding our world and a talent for sharing that knowledge and their feelings about it with the lay-reader. I am just loving The Oxford Book of Modern Science Writing and recommend it both for those who already like reading about science and especially for those who might be intimidated to read about it. This will allow you to drop in on various subjects in a multitude of styles and perhaps find some writers who you would enjoy reading more deeply.

I also have Carl Zimmer's Microcosm, a book about (of all things) the E. coli bacterium - a very interesting read. I seem to have gotten side tracked from Gyorgy Buzsaki's Rhythms of the Brain, a book about the oscillatory patterns that are found in nature, and in particularl in the electrical activity in the brain, and their significance. It's a more a read for the hard core aficianado than the tourist but I am finding it fascinating to think about and pertinent to my work in the lab.

Interesting books...I haven't heard of any of them. I can only read one book at a time - I like to fully immerse myself in that book!

I enjoyed reading about your bookpile. These are all new to me and sound like books that will reward the effort.

I have a hard time deciding if I like fictionalized memoirs. I tend to prefer a memoir to be accurate and the fictionalization sometimes throws me off. I do enjoy books on race relations so your friend's book Hustle does appeal to me very much. I wish him success with his book!

I never heard of these books. Hope your enjoying them. Here's my Booking Through Thursday.

Maiden Voyage sounds like a book that is up my alley. I have to go look for it.

I'm reading David Mitchell and Peter Carey, whom are both longlisted for Booker this year, but I'm digging their older works.

I haven't heard of any of the books before but I really like the sound of Maiden Voyage.