Opera and the Holy Grail - Parsifal 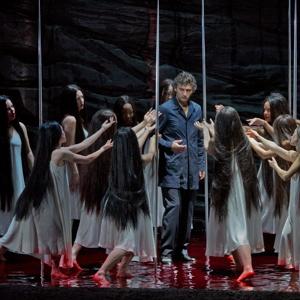 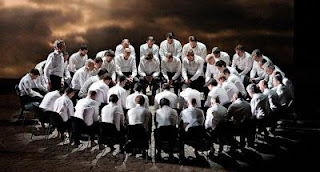 The Met's new Parsifal directed by Francois Girard, with beautiful sustained singing, precise rich playing from the orchestra, and intelligent performances by Rene Pape, Peter Mattei, and Jonas Kaufmann. Wagner bombastically told us that his five-and-a-half-hour quasi-pagan-quasi-christian-sci-fi myth shouldn't be staged. In my opinion, it is his best score, so I'm glad no one has listened to him.  It wasn't the first thing Wagner was wrong about.  The production smartly doesn't focus on the action of the story or try for ridiculously literal effects like flowers and grass on stage. These are symbols.  Instead, it directs our attention to the themes and lets the human beings convey what it is like to be players in a grand scheme.  Taking on the pain of mankind is an experience on a geological scale.  This production is physically stark but striking, communicating the reach of the myth with clarity and gravitas.
Posted by Ted at 8:58 AM