Air had to be invented? (New Acquisitions Department) 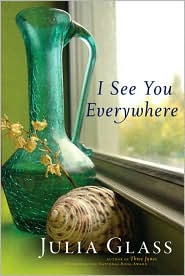 Two new acquisitions! The other day, with a few minutes to spare before meeting a friend for dinner, I ducked into a handy Barnes & Noble just to see what was out. I tend not to make impulse purchases, especially at chain bookstores, although I will do so at independents and I will shop at the mega stores on-line because of the price advantage. I saw that Steven Johnson's new book is finally out. I've been looking forward to it since learning he had a new one in the works on his blog a few months ago. I really enjoyed his Mind Wide Open and The Ghost Map which I wrote about here extensively. The Invention of Air is about inventor/theologian Joseph Priestly whose discovery of oxygen was part of a larger discovery of the notion of the ecosystem in general. Mirroring this scientific narrative is an historical one looking at the emergence of unitarianism at the time of America's formation. These twin narratives bring together one of Johnson's favorite themes, how new ideas emerge through networks. Sounds enticing.

The other is Julia Glass's recent novel I See You Everywhere. I enjoyed her Three Junes when that first came out but, for some reason, was not interested by her second book enough to read it. This one was sitting out on the new fiction table and I picked it up to read a few sentences. I was taken instantly by the narrative voice, and that is always a good sign. The narrator is a self-described loner (but not a sociopath, she warns us) and spends the evening of her 25th birthday glazing porcelain and listening to Ella Fitzgerald. She is one of two sisters, and it is their relationship that forms the centerpiece of this novel.

Meanwhile, vacation is clearly over as I spent all day yesterday working on various home and school projects (we're having the bathroom redone and The Ragazzo was stripping the old paint and wallpaper off the walls this weekend. What a mess). All that by way of saying, the reading is likely to slow down a bit. I have managed to get through a good deal more of Neil Gaiman's American Gods, which, in 450 pages, has managed to come together a bit (see my first post). I'll post on that anon but right now, it's off to the dentist.
Posted by Ted at 7:59 AM

I had the same reaction to Julia Glass's first two books. Loved the first, enjoyed the second, but wasn't pressing it into everyone's hands as I did "Three Junes." Been curious about the third; your rec has me putting it back on The List. Like your blog, btw, fascinting.

Lakin - Thanks for the visit. Read on!