Two and two and a neat publishing venture (Books - Rhythms of the Brian, The Philosophical Baby, The Next Queen of Heaven, and The Magicians)

In the weeks prior to classes starting I am reading four books, two novels and two non-fiction. I started Rhythms of the Brain on New Year's eve and I am still finding it a densely learned book, particularly strong for its insights in relating the structure of the brain's cells, the patterns of activity they produce, and how those patterns contribute to making predictions about the world and carrying out behaviors in the context of those predictions. It's wonderful stuff and I am finding myself updating some of my most basic notions about the relationship of brain structure to brain function. 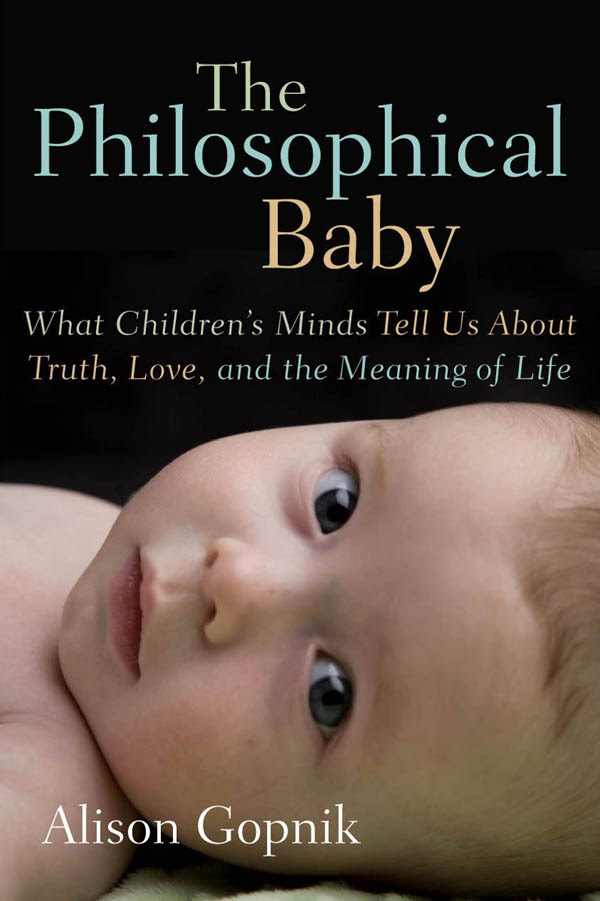 Yesterday the library informed me that The Philosophical Baby was ready for pick-up. As I had to wait for the subway, I began reading the introductory chapter. Psychology professor Alison Gopnik has writes in a chatty style full of grandiose hyperbole, at least in the first chapter. The subtitle should have warned me: What children's minds tell us about truth, love, and the meaning of life. Oh please. But I know it's fashionable to write such nonsense and no doubt her publisher pushed for it. But its her rickety scientific claims that are putting me off. For instance, she claims that heretofore the importance of childhood has been given short shrift because.

Some psychologists and philosophers argue that most of what is significant about human nature is determined by our genes - an innate hardwired system that makes us who we are. We're endowed with a set of fixed and distinct abilities, designed to suit the needs of our prehistoric ancestors 200,000 years ago in the Pleistocene.... But this view doesn't capture our lives as we actually live them and as they chance and develop over time. This view also can't explain the radical historical changes in human life. If our nature is determined by our genes, you would think that we would be the same now as we were in the Pleistocene.

Why? First of all, in the individual the influences of nature and nurture interact, so lets stop with this either/or discussion. It's old hat. Genes are present as a blueprint for protein synthesis and environmental factors may allow them to be expressed or not (turn them "on" or "off") so that they perform their function vigorously, weakly, or not at all. Secondly, on the phylogenetic level, there is nothing that says that whatever genome humans were endowed with 200,000 years ago is the genome we're stuck with. Genes generate chance mutatations in every generation. Those useful to a particular creature in their ever-changing environment are statstically likely to survive over time, allowing creatures to adapt. No doubt many features remain in the course of 200,000 years but I am not sure why Gopnik implies evolution in that time has somehow ceased. This sensationalist beginning didn't go over so well with me, but I know Gopnik is a respected psychologist and the book was well reviewed so I am going to assume I have something to learn from her and will keep on reading. 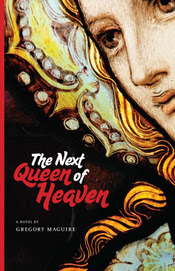 On the fiction front, I have a similar duo. One which I am very enthusiastic about and the other less so. I began Gregory Maguire's latest venture, The Next Queen of Heaven, after receiving it from a friend on Sunday. I have enjoyed many of Maguire's other novels, particularly his first - Lightening Time. This one is a pastiche set in a town in Upstate New York. It concerns a trio of gay men trying to rehearse music for an AIDS benefit in a nuns retirement home and a poor, thrice-married woman with three children conked on the head by a statuette who winds up with a nasty aphasia that makes her speech sound like ambiguous biblical pronouncements. There are some laugh-out-loud-funny scenes, and some merciless mockery of nuns which I can only imagine would be even funnier if I had survived Catholic school, but I haven't. So the reading experience for me is something of a silly lit-lite excursion. What I do like about this book is that it is part of a new publishing venture. The Concord Free Press publishes books that are free. Accepting a copy means you donate some money to a cause of your choice, registering that donation on their website. Once you have read the book, you pass it on to someone else and spread the love. There is a roster in the back of the book which each reader/donor signs. Isn't that a great idea? I also started Lev Grossman's The Magicians last night. It concerns Quentin, a very gifted boy who is about to finish up high school. The intellectual prowess has not conferred much happiness upon Quentin, who at 17 escapes into the same Narnia-Harry-Potter-esque fantasy literature he did when he was nine years old. Only this time, he really does escape into it one day, as he walk around Brooklyn on his way to an interview for Princeton. I like the mixture of real and fantasy that Grossman is going for and the writing is sophisticated, if a bit showy. I'm getting that I-can't-wait-to-get-back-into-the-world-of-that-book feeling about it.
Posted by Ted at 7:47 AM

I like the idea of the Concord Free Press. The Magicians sounds interesting -- looking forward to hearing more about it.

The Concord Free Press sounds like a really interesting publishing venture, I'm going to check out their site right now. Thanks for the link.

and Happy New Year to you - albeit a little late.