To sleep - perchance to dream... 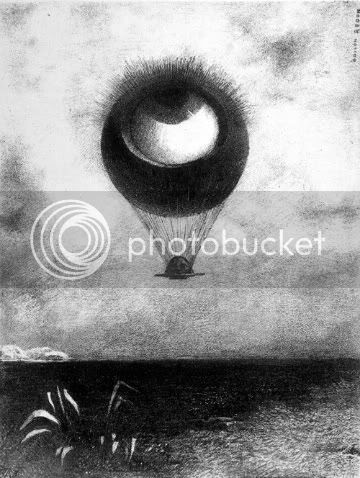 A study carried out in three cultures - India, S. Korea and the U.S. - examined college students' dreams and their ideas about what they mean, reports John Tierney in today's Science Times. Dreamer's biases greatly impacted their interpretations of their dream's meaning:

There are those who treat dreams as literal portents, others who think they reveal unconscious experience, still others who think them the byproduct of the brain figuring out what goes in the discard bin of the day's mental activities, and those who think that it is the brain making sense of, as Tierney writes, 'random impulses,' and the study calls 'the byproduct of unrelated brain activity.' Those beliefs impact the dreamer's interpretation of their dreams. In thinking about the categories, one thing that they all have in common is that the dreams seem to have a structure, a sense of...well, sense. Most dreams as far as I know are narrative, although some can be somewhat abstracted or episodic (I'd love to read some research on the structure of people's dreams). Narrative is one of the brain's ways of giving organization to a bunch of occurrences via context. So whether someone chose a mystical or a literal theory, all experienced the dream as organized. The categories are interesting to me: dreams as portents or revealers of our unconscious mind are describing people's belief about how their dreams might be used after they have had them. Those categories are not mutually exclusive either of each other, or of the other two categories, one an explanation of what they might be psychologically (the brain dumping information into its garbage bin) the other what they might be neurally (random impulses). I don't know how this impacted the statistical analysis of their subjects and whether subjects were forced to choose only one of the four categories. I find it interesting too that people speak of the "random firing" explanation for phenomena like dreams or visions prior to death as a means of demystifying the experience. They speak as though firing neurons obviate any possible meaning these experiences could have. If we are to have an experience, whether the source of that experience is inside or outside the body, neurons must fire. In fact, in the studies that permitted us to trace how sensory systems work - mapping a path from, say, the skin surface, to a particular spot in the somatosensory cortex, scientists could confirm the function of a neuron by electrically stimulating it and found that it produced the sensation of a touch on that spot on the skin when none actually occurred. Very real experiences are created by the firing of neurons whether the cause of that firing was from an external or an internal source. For those who would call these impulses 'random' I would ask - by what criteria? Do they fit a certain mathematical distribution? Or is the word chosen to indicate that no pattern could be measured? If so it does not indicate that one does not exist.

In fact, one sees a great deal of organization in the firing of neurons in the brain during sleep that is thought to contribute to the consolidation of memories. One can observe the brain patterns of activation elicited in the hippocampus (a brain area associated with memory) during training on some motor task replayed during REM sleep (Maquette et al, 2000) and can observe a correlation between the extent of improvement on that task and the amount of replaying of that pattern (Peigneux et al, 2003). One can also see similar patterns of activation, but on a different time scale, during slow-wave sleep (Ribero et al, 2004). Finally, one can also see evidence of the structural changes that must occur for memory to become long-lasting occurring during REM sleep. I make these points simply to say that a good deal of purposeful activity not under conscious control is going on during sleep and that some activities in the brain are far from random. Something in the brain's activity produces experiences that for most people appear to have a certain amount of organization, if not the logic typical of our waking hours. This study is not examining the meaning of dreams per se, but rather our beliefs about the meaning of our dreams. When we dream we seem to have a certain experience, however if we remember the dream upon waking we are already re-constructing it and if we relate this dream to a friend, therapist or researcher we are re-constructing it yet again. Each time adding more structure and more layers of associations. The brain is drawn to patterns and the mind to building structure. The patterns of firing neurons is how the brain encodes all the diverse types of information we encounter in our experience and any feeling, memory, or plan for action that results from it. I wonder how "unrelated" the neuronal firing is to the dreams we experience and the meanings we make of them.
Posted by Ted at 7:57 AM