A collection of treasures

Lots of goodies to look forward to in the coming weeks!

Cornflower Books tempted me with a write-up of Antony Beevor and Artemis Cooper's Paris After the Liberation 1944-1949, describing what is was like for General DeGaulle's government to receive a France divided into those who cooperated with the collaborationist Vichy government, those who were victims of it, and those who actively resisted. This was the setting of Marghanita Laski's wonderful novel Little Boy Lost. I'm interested to learn more about the period and I have heard a lot of praise for Antony Beevor's books about World War II. I also acquired his The Fall of Berlin 1945, so some history waits in the wings here at Bookeywookey.

I received an ARC of Robert Stone's new volume of short stories Fun With Problems, due out early next year. It is hailed as a collection of unsettling stories about longing, violence, black humor, sex, and drugs. This all gave me the impression that he would be something like Hunter S. Thompson, I writer I loathe, but dipping into the book a little, one of stories begins at a concert of Mahler's Das Lied von der Erde and I found myself attracted to the lean, wry prose and easy dialogue. What little I sampled reminded me more of Joan Didion. Stone is supposed to be a strong writer and as I have yet to read anything of his, I'm looking forward to being introduced. 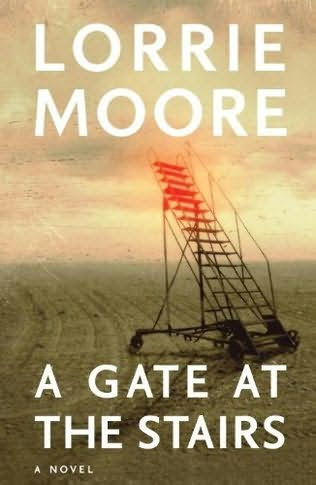 Most of all, I am looking forward to Lorrie Moore's new novel, A Gate at the Stairs, which Jonathan Lethem gushed all over in the New York Times Review of Books a couple of weeks ago. My gosh, I have never read such admiration of one living writer by another. I would read Lorrie Moore's tea leaves, so I am thrilled she has written another full-lenth work of fiction. Her Who Will Run the Frog Hospital is a favorite of mine. Such complex understanding of character expressed deeply, simply, and also suprisingly.
Posted by Ted at 6:57 AM

The book on France's political history does sound interesting. Speaking of Berlin, I am currently reading Rise and Fall of the Third Reich. The book has taken me by surprise on various accounts.

I think there is a a lot of valuable info in political history which folks of this day could learn.

Smriti - I have yet to tackle that book. Have you ever read either of Victor Klemperer's memoirs about living in Berlin throughout the war (as a Jew, in fact). Mesmerizing books - both of them.

Thanks for the info, Ted. Haven't read either of his memoirs! But I think I shall once I'm done with Third Reich!