I am not following the current path of many of my colleagues in the book blogosphere, reading only books from my existing TBR pile for a designated period of time. I cannot make claims to such virtue. Au contraire. I was tempted. I indulged willingly, and oh such treasures await me:

This may not be the enticing morsel to everyone that it is to me, but this collection of chapters on congenital and developmental brain disorders covers the current knowledge of, clinical research on, diagnosis and treatment of the disorders that most commonly effect children. Pediatric Neuropsychology should be a useful addition to my professional library.

It was the New York Times Review of Books that led me to Ian Frazier's new book Travels in Siberia. Interesting how we can visit Siberia now, just as people visit the concentration camps in Poland and Germany. Interesting too to have this history of repression published now in a supposedly democratic Russia, (but really it is an oligarchy just as it has always been, whether under the Tsar, Stalin, or Medvedev). This may seem like a tangent, but stay with me: my finding this in the NYTBR reminds me of the movie that The Ragazzo and I watched last night - Sidney Pollack's 1975 thriller Three Days of the Condor with Robert Redford and Faye Dunaway. Before I describe it, let me use one sentence to say what an artist Pollack is - what effective performances he encourages from his actors, how improvisatory he makes situations feel, even with less than the most subtle actors, how accidental his settings feel with the way he directs the background. This is subtle stuff but it is is essential in helping the viewer to believe in the situations shown in a film. To return to the point, in Condor, Redford plays a CIA employee whose job it is to read everything current, no matter the genre, and feed it into a computer. The computer looks for patterns of information and changes in those patterns over time to see if what the world is writing and reading about reveals anything that the rest of "intelligence" doesn't. Aside from being a well-made thriller with a somewhat prophetic plot, I bring it up here because it speaks to a point I have always made about why I read the book reviews of any paper first (aside from the fact that I like it), because it's more news than the news. It reflects what people are thinking about, even if they don't know they're thinking about it. As for Frazier's book, it is part travel book, part history, and part portrait of some of the great Russian's involuntarily exiled to Siberia. I'm fascinated by Russian history and this bleak geographic prison with its rich history. 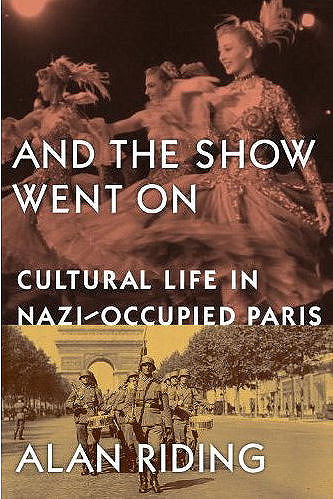 Journalist Alan Riding introduces us to the collection of writers, artists, and performers who remained in Paris during the Nazi occupation in And the Show Went On. Riding asks - were they "saving" French culture by working or were they simply collaborationists?

The value of Doubt is a favorite subject of mine in my self-righteously, faith-obsessed, country. Jennifer Michael Hecht's books is a history of great doubters from the Greeks and Thomas Jefferson to H. L. Mencken and Werner Heisenberg, with whom the Uncertainty Principle is associated.

Dutch novelist and cognitive psychologist Paul Verhaeghen has written what most critics agree is an ambitious and intellectual challenging book about a woman attracted to neo-Nazis in contemporary Berlin called Omega Minor which I heard about through Charles Lambert, a novelist I very much admire. Described by one critic as a mishmash of heart-rending horror and hilarious sex, of Hinduism and theoretical physics, of Greek mythology and Hebrew lore, this novel seems to have the reach of another one of my favorites Hopeful Monsters by Nicholas Mosley, so I'm going to give it a try. I have a feeling it will be awfully great or greatly awful.

I am a great admirer of the South African novelist Damon Galgut, as is evident from my thoughts on his The Imposter and The Good Doctor, so reading his latest In A Strange Room, a booker Prize finalist last year, was a no-brainer for me. I'll read anything the man cares to write. 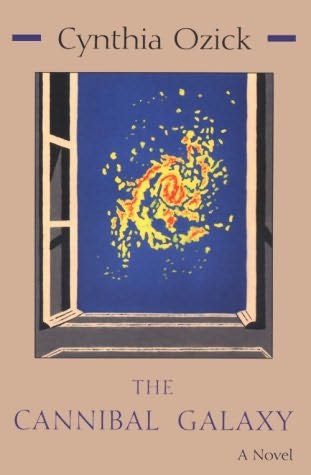 Cynthia Ozick's other work has offered such an interesting combination of qualities: erudite, observant, hilarious, and literary. Her 1983 novel The Cannibal Galaxy is about a French Jewish immigrant to the American Midwest and his encounter with a scholarly prodigy and her mother.

Wendy Moffat's wonderful biography of E. M. Forster which I wrote about last week reminded me of a hole in my knowledge of poetry - Greek poet C. P. Cavafy. I decided to patch this hole with Daniel Mendelsohn's recent translation of his collected works, something to savor over time.

This spate of voracious greed probably erupted because classes are beginning again on Tuesday and I forsee the end of freedom to read as I know it. A last hurrah, you know? Indulge me a little.
Posted by Ted at 8:21 AM