The Superbowl bringing out the sophisticated in us, and what that tells us about the economy 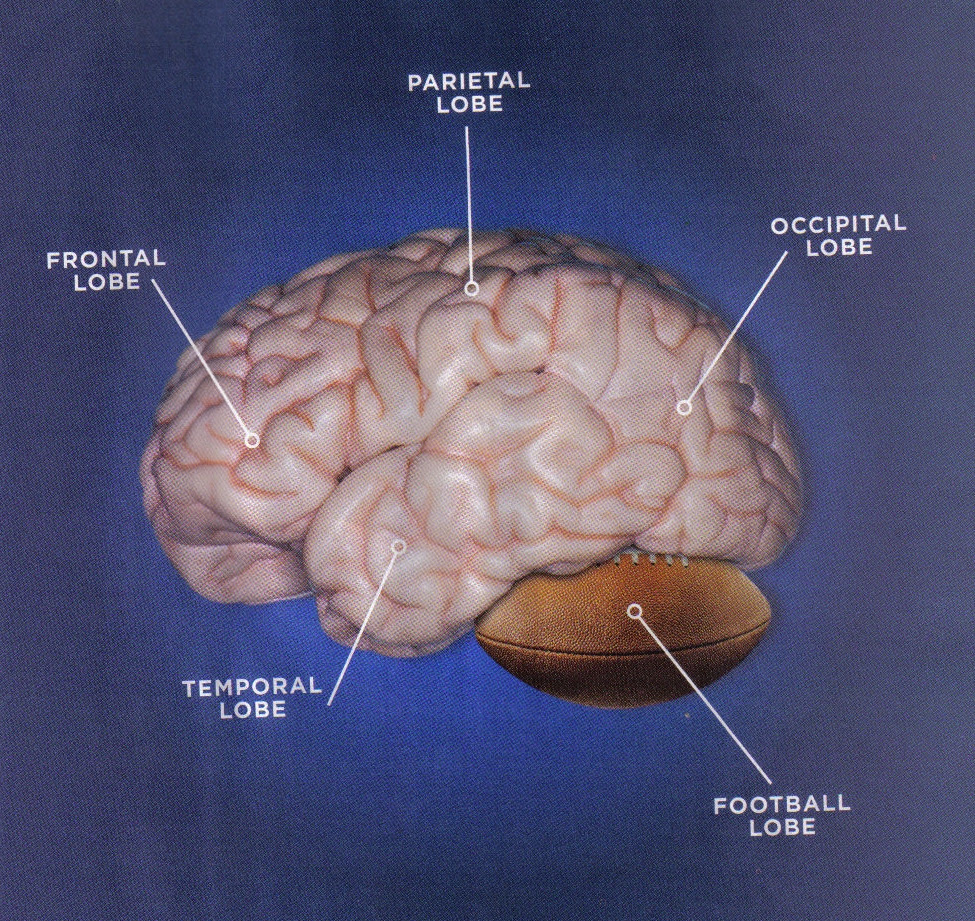 The Superbowl mystifies me. This year particularly, when the sound of adults screaming their heads off both in pleasure and in agony, made me think that the same phenomenon that causes this reaction is going to be what eventually turns the economy around. Typically it is thought that football is a manifestation of our more brute natures, but what I am seeing here are higher processes at work. Let me explain. There are two (actually there are at least three) directions in which information flows in the brain to create the representations of the world that we perceive. One is an assembly of data from the world around us. We can perceive the form of a tree because, as you probably learned in school, light bounces off it and our retinas have receptors that can take that light and make it into a signal understandable to our nervous system. Once in the brain, that information arrives in its most basic units - horizontal lines, diagonal lines, curves, colors, motion in this direction or that - and those pieces march up the hierarchy of regions that assembles them in ever-complex ways until - voila - we perceive the tree as a whole. Here the information makes a progression from more basic to most complex. We call that 'bottom-up.' But it is not the whole story. Once we have seen a tree before, we can speed the process up with reference to our knowledge of trees. In fact, we gain the ability to perceive that tree even if it is partially blocked by a building in our line of vision. We information that arrive at our eye from nature - the contours of that tree - are incomplete - but our brain can complete the picture of that tree because the knowledge we possess about that form travels from the higher-order areas of our brains down to the areas devoted to assembling the basic units. We have aptly named that process 'top-down.' What is most interesting to me as a student of neuroscience is these top down processes because what you see is emphatically not what you get. What we perceive in a game of football (I should say what you perceive, I don't have a television and wouldn't watch sports if I had one, this is a personal preference not a snobbish thing) is a bunch of guys dressed in plastic, throwing a little pig-skin pouch around and jumping on each other. Hooray. What the fan perceives, however, is a contest of strength or strategy that clearly rivals in importance the murder of a close family member or the sudden discovery of a cure for multiple sclerosis. Do I mock? Yes, slightly, but my point is that we possess the capability to motivate our strongest feelings with the same information from nature that, under other circumstances wouldn't matter much at all. In fact, the advertising industry perceiving this fact, helped businesses take advantage of it, and has turned the Superbowl into the biggest grossing event on their calendar - by associating this passion with products that, equally, have far less meaning in ordinary circumstances.

Our relationship to "the economy" amounts to the same thing. For a while it seemed to be one long Superbowl, - our perception of the market was driven only by our knowledge of gain, but that could not continue. The game does not last for ten consecutive seasons. The risks were always there. Likewise our country is still earning trillions of dollars for its goods and services, just as it did a few years ago, but now we perceive only the risk. In our relation to the economy we are driven by our most primal motivators - hunger and fear. We have traditionally associated football with the most primitive in us and the economy with sophistication but maybe its really the other way around. Ultimately, it is not just the economy that has to turn around, it is us. We are going to have to re-learn our sense of possibility for investors to perceive secure structures when they see markets and banks to perceive earners where they now perceive only risks for foreclosure. However, acquiring knowledge takes time and the brain has to perceive actual changes in its environment to learn new things. That means that substantive changes in how markets run and how, buyers, lenders, and sellers are regulated will have to occur if the economy is to turn around. The government can't simply pour our money into corrupt institutions without requiring any changes, while buying our silence with tax cuts, we're not that stupid. Individuals and businesses were already pouring money into the same markets for years - that's what produced this mess. Now we see bottom-up the rampant greed that has been the result of deregulation where before our top-down processes had led us to perceive only the gains. The solution is not simply spending money, but a process of filling us with new knowledge so that what we perceive has fresh meaning for us.
Posted by Ted at 7:22 AM

No wardrobe malfunction this time.

The superbowl mystifies me too by the way, but then again I'm British.

Wow - yes, I think you've definitely cut through to the heart of things here. The success of the economy is, somewhat surprisingly, based entirely on our perceptions and our trust. Until we perceive that we can trust our financial institutions again, the economy will continue to struggle which kind of puts us in a bit of a catch-22 since we will hesitate to trust it until it starts working again, but it can't really start working again until we trust it. And I agree, throwing money at various aspects of the problem is probably not going to produce the outcomes we're all hoping for. Great post.