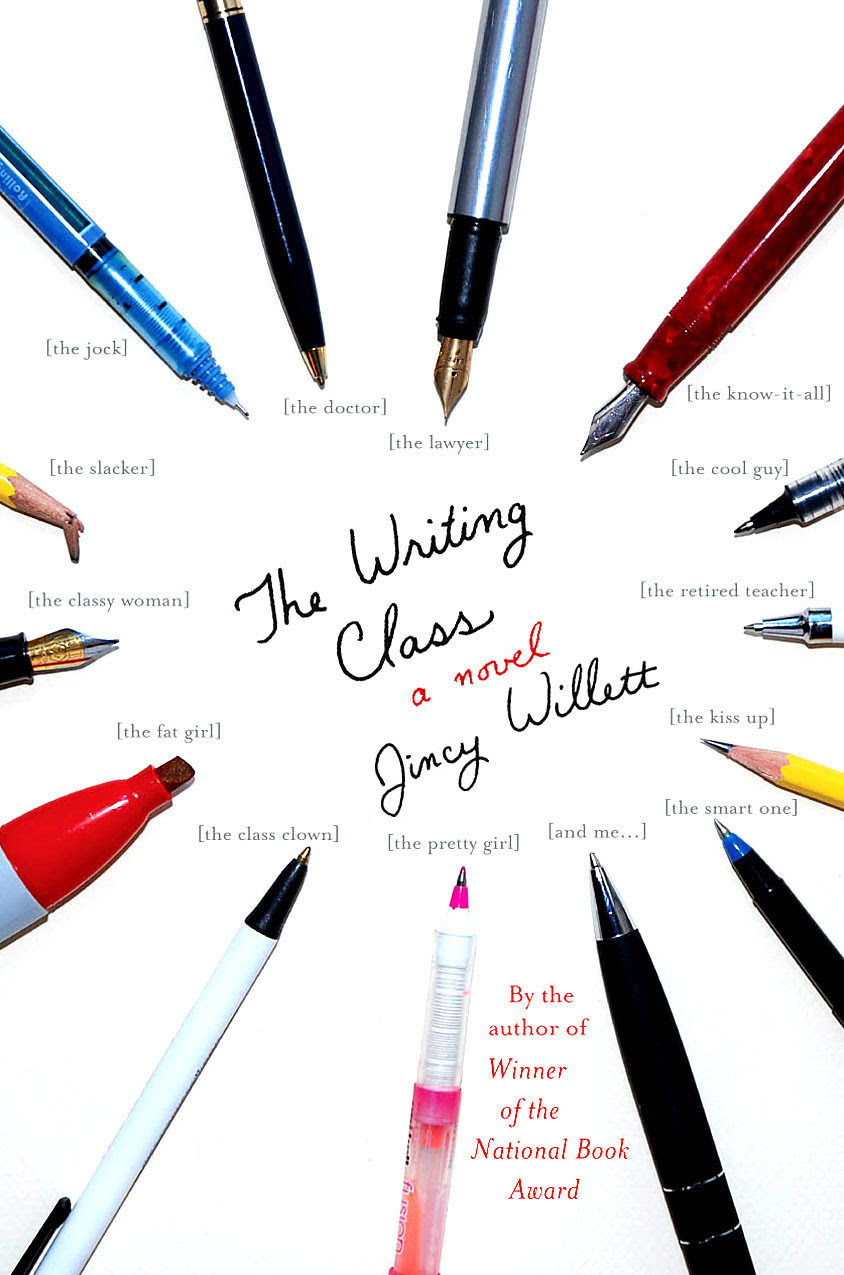 The Writing Class by Jincy Willett is the type of novel I seem to be able to get through these days. That's not to say that it isn't good, in fact it's great fun, just lighter than my typical bill of fare. It's a triple threat, part writer's book, part comedy, part mystery. Amy Gallup is our heroine. Her one well-reviewed novel, written in her youth, somehow did not lead to great success and everlasting happiness. She is now teaching writing in the extension program of a local college, widowed, and living with a basset hound named Alphonse, who barely acknowledges her presence.

Amy Gallup was a loner who was afraid to be alone. She had never lost her child's fear of basements, and bedroom closets, and the thick darkness under her bed. Over the years she had tried roommates, live-in friends, and husbands, and the lack of privacy in all but her first marriage had driven her crazy, so crazy that these night terrors were preferable. Drinking helped, though getting drunk did not.

I find the more serious character development side of this novel its weakest link. Not that it is poorly written, but I find myself getting through it to get to the good parts, which are Willett's ventriloquism act, in which she writes like each of the students in the writing class - young feminist, retired school teacher, arrogant physician, divorced swinger. They're all there.

Far off in the night woods, Paul Gratiano could hear the ripping howl of carivorous dogs, feral coyotes, the hooting of predatory owls, the helpless scream of a fat white rabbit. He shivered in his hiding spot, even though the night was hot and moist.

Why had he agreed to meet her here, of all places, and now, of all times?

Why was he here, within this lonely clump of maples, in Central Park at midnight?

What I enjoy even more than Willett's writing like each of her characters is her making comments on the writing in the character of each of the students. If any of you have ever been in a writing class, you will know exactly what I mean. The critic who has to compliment everything, the one who cannot critique writing apart from whether they liked the behavior of the characters, the one who is sure that every work written in the first person is autobiographical... The strong suits of this novel are the comedy - there are a few good, out-loud guffaws - and the mystery. Someone, evidently a member of the writing class, is cruelly tormenting Amy and each of the students. These start out simply as mean pranks, but finally, when one of the class members is murdered, things gets seriouser. It's not just who did it, but why that is keeping me tearing through this entertaining read. And it was a present - thanks Sheila!
Posted by Ted at 8:09 AM

I'm so glad you're liking it - I found it to be a lot of fun. I love the woman in the class who has to be positive about EVERYTHING ... you know those people?? And yes, the feminist is just a riot.

I also love the serious surgeon who's written a spy novel. Hilarious.

I love, though, how the author is willing to let these characters NOT just be cliches.

I love the moment when the angry feminist takes issue at how one of the writers in the class uses "bed" as a verb.

And the teacher thinks something like, "Good for you."

It is a sincere moment of accurate observation - so Willett is willing to give these people the props, if that makes sense. You think you might be ready to just laugh one off, but then they show another side.