I am deluged. One small paper, one final exam, and one big paper to go, so reading is occasional, moments caught on the subway (although even that is precious study time) or between 1 and 2 am as I try to clear my mind and get to sleep. That said, I am reading two terrific books. 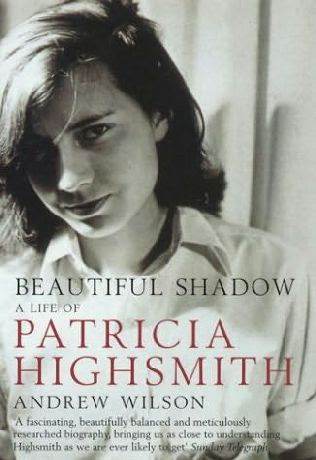 I really loved Patricia Highsmith's The Talented Mr. Ripley although I was more lukewarm about its successor, Ripley Under Ground, but reading them really made me curious about their creator. Highsmith was a fascinating character herself. Very much living against the tide. The kind of character I really get. Andrew Wilson writes her life with a sensitive understanding of her outsider status and a lot of insight into her books and manages to make even Highsmith's early childhood interesting. This is a meaty rather than a lean model and it is reminding why I used to love reading biographies so much. Maybe this summer I'll tackle the 2 volume Orson Welles biography by Simon Callow that I received from Sheila! Exams always send me out in search of things I can look forward to. 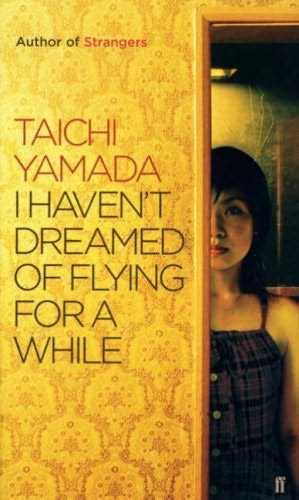 Writer Junot Diaz recommended I Haven't Dreamed of Flying for a While in an interview some time back. It sports a sparse Japanese esthetic but its plot is florid with magical-realism. A middle-aged is confined to a hospital bed with a broken femur and a mess-of-a-life and he has an encounter with a woman in the next bed that completely changes his life.

I never would have thought I could become detached from all these things after just ten or so bedridden days. But when you spend most of your time staring up at a white ceiling, you can soon start to feel like you're floating further and further away. Or perhpas I'd just given up.

Despite my relctance to admit it, the feeling that my career had come to a dead end had soaked through me like water into a cotton rag, right from the very moment I got injured. And thought thhis sense seemed to press down on me with a great weight, it was proably the great mass of the sensation that actually helped me unload it, allowing a new me to surface; one that until now had been pushed deep down inside.

Taichi Yamada really thinks like an actor, his narrative is interested in getting you inside the singular experience of his characters and to give you the insight that will let you live in that moment with them.

For several days, my hours were dominated by uncontrollable feelings of hatred with which I didn't know what to do. But owing to the way my hatred was always directed at women, I felt such feelings stemmed from my relationship with my wife. Maybe somewhere inside I'd wished my wife were the type to drop everything and rush over as soon as she'd learned I'd been injured.

For one thing, this insight defies any cliche we might have built up in our head about what a married, forty-something, Japanese man's stay in the hospital look be like. For another, we're not learning through what happens per se, through action, because he's doing nothing at all. He's lying on his back and thinking. But that thinking is very active. The state he is in is the result of much rumination and fantasy. But it informs the point of view from which he experiences every person and happening he encounters in the novel and everything action he does take. This creates a suspense for him to do anything at all and the events of this novel seem to burst from a chrysalis. More on this book later. It's time to work.
Posted by Ted at 7:49 AM

I Haven't Dreamed of Flying for a While by Taichi Yamada sounds like a really interesting title. I had never heard of it before your post. I'll have to check it out at some point. Thanks!

Eric - It's psychologically astute and detailed. A unique read, I really recommend it.