What drives us to act? - (Books - The Needle's Eye by Margaret Drabble & Forgetfulness by Ward Just) 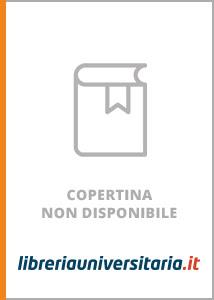 I'm slowly working my way through two novels now, whenever I can catch a moment. Having read Margaret Drabble's recent novel, The Peppered Moth, based on the life of her mother, a fact that causes her great distress, led me to begin her latest book - The Pattern in the Carpet - a non-fictionalized memoir of her aunt which doubles as a history of puzzles and games. I had also recently acquired The Needle's Eye which many of Drabble's admirers think her strongest novel. I have begun reading it and find myself much more interested in returning to it than to The Pattern in the Carpet when I dip into a book before bed. Set in the 1970's, The Needle's Eye relates the intertwining stories of Simon, a reserved man who ascended from the lower to the upper classes of British society, becoming a lawyer. He encounters Rose, a divorced mother of three from a very wealthy family. Rose gave away all her money and lives the voluntary life of the working poor, encountering incomprehension from her family and derision from the press. Simon lived through ambition and now, having the model job and the model family (though in appearance only) doesn't know what to do with himself. He seems to have no passion, no interests, he is unable to connect, to feel his feelings and to act from them. Rose appears to live from clumsy impulse to impulse but is very much alive. Their story is told in lengthy swathes of omniscient narrative in a voice that I'm finding a bit circumlocutory, but the characters are richly drawn and I am interested to see what will happen.

Having just enjoyed my first Ward Just novel, his latest, Exiles in the Garden, I was interested to reading something else of his. Forgetfulness was among his books on the shelf at the bookstore on Friday and it seemed the one to read next. It has a stunner of an opening - for thirty pages, a woman named Florette, is carried on a stretcher through the Pyrenees in the snow having broken her ankle while walking. She doesn't know the men who are carrying her, nor where she is being taken, and she seems unable to speak. It is an interior monologue that moves back and forth between memory and the present. **SPOILER** It is obvious from the get-go that it will end in her death. Her husband, Thomas, a painter and occasional CIA operative, wants to know if her death is merely an accident or if she was murdered because of his work. **SPOILER OVER** Following the tense, hypnotic opening, the present-time action of the book is written in lean, clean prose. The dialogue between Thomas and his two American friends has the feel of a Mamet script - it is very recognizably a conversation between adult American males, but his writer's ear has rendered that artfully rather than simply transcribed dialogue from the corner bar. Being American in Europe post-9/11 is a theme that swirls through this story. Early in it several American tourists come to a bar in the small French town where Thomas and Florette live, and make quite an ugly show of themselves because they don't enjoy the wine they are served.

When they were alone at last, Thomas and Florette sat in a zone of silence, working the incident in their minds. There seemed nothing of it to discuss usefully except the question of forgiveness, mercy offered to a man living in darkness and hating every second, knowing all the while that those most directly responsible were dead and could not be called into account. He was an awful son of a bitch but his situation was not enviable. Grievous injury did not ennoble a man except in special circumstances.

Now it is Thomas who lives in darkness and wants to call to account those who took what he loved. Will he stay angry or be ennobled is the question I ask as I read on. I'm very taken by both the spare writing and the gripping story. I am liking this one even better than Exiles in the Garden.
Posted by Ted at 7:41 AM