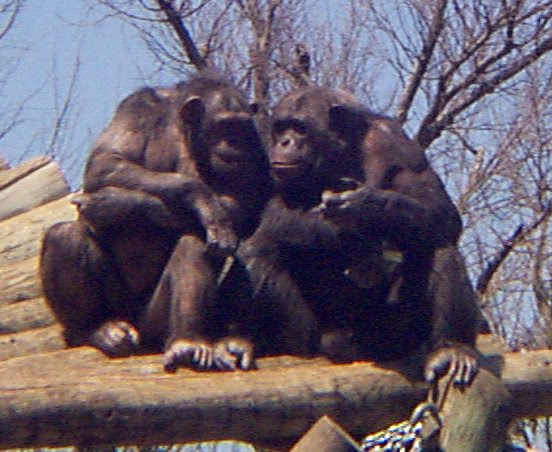 John Tierney wrote a cute piece for today's Science Times about research on the power of gossip. In a lab-engineered gambling game, either facts or gossip were given to players and it was found that gossip encouraged reciprocity between players - they helped each other out. However when both facts (the record of how the other player had actually played previously) and gossip (negative in one round and positive in the other) were given:

Now, you might think the gossip mattered just in borderline cases - when the partner had a mixed record...but even when a player saw his partner had a record of consistent meanness, he could be swayed by positive gossip to reward the partner anyway. Or withhold help from a perfectly nice partner just on the basis of malicious buzz.

The experimenters at the Max Planck Institute conclude that "we are just more adapted to listen to other information than to observe people, because most of the time we're not able to observe how other people are behaving. Thus we might believe we have missed something."

I wonder, might it be that it is easier to listen to gossip than it is to interpret behavior? I would like to see if the forms in which this information was given were balanced for the kind of effort we must expend to use them. That is, if I were given the choice of interpreting a page of statistics stating the actual record of the other player versus just hanging out and listening to what others have to say about him. It's hard to convince smart people not to follow stock tips rather than read financial reports and "do their homework," and that's when there is a lot of money on the line. So what are people going to do in a game when a lab has given them 10 Euros to play with?

I saw the article too and was a little perplexed, especially with the student and Euro example. Giving information about former decisions is not gossip. It's...well...giving information about former decisions. I surmised the basic definition of gossip was misunderstood. It really is hurtful and destructive, at least the kind I know of. Thanks for your thoughts on the subject. Have a great day!