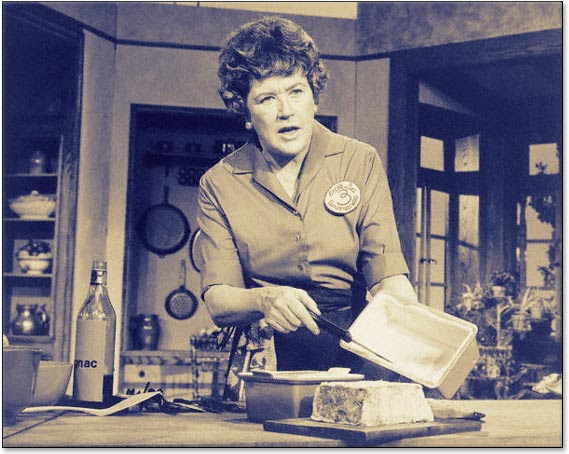 I don't know about you, but when I was in elementary school science class and learned about the senses, I learned that we could distinguish four tastes - sweet, salty, bitter, and sour. But when teaching Psych 101 students last year my text book spoke of the fifth taste, something I had since learned because of my love for Japanese cuisine - it's the taste of meat broth, of mushrooms, of cheese - it's umami and is the Japanese word for delicious. It is due to our tongue's response to L-glutamate, one of the amino acids necessary to build the proteins we are are made from . Jonah Lehrer tells us in his chapter on Auguste Escoffier and taste:

These two separate discoveries of umami receptors on the tongue demonstrated once and for all that umami is not a figment of a hedonist's imagination. We actually have a sense that responds only to veal stock, steak, and dashi. Furthermore, as Ikeda insisted, the tongue uses the taste of umami as its definition of deliciousness. Unlike the tastes of sweet, sour, bitter, and salty, which are sensed realtive to one another (this is why a touch of salt is always added to chocolate, and why melon is gussied up with ham), umami is sensed all by itself. It is that important.

This, of course, is perfectly logical. Why wouldn't we have a specific taste for protein? We love the flavor of denatured protein because, being protein and water ourselves, we need it. Our human body produces more than forty grams of glutamate a day, so we constantly crave an amino acid refill. (Species that are naturally vegetarian find the taste of umami repellent. Unfortunately for vegans, humans are omnivores.) In fact, we are trained from birth to savor umami: breat milk has ten times more glutamate than cow milk. The tongue loves what the body needs.

In twenty pages Lehrer manages to weave together a discussion of the binding problem (how we keep together information from our separate senses to construct one percept, i.e. if in the middle of a conversation, a red car drives down the street, how do we know to put the sound of the tires against the pavement together with the car and not the speaker?), - the influence of belief on the experiences of the senses, and the "ghost in the machine" phenomenon. This is amidst drool-worthy descriptions of preparing food.

Escoffier lectured cooks on the importance of extracting flavor from bones: "Indeed, sotck is everything in cooking. Without it, nothing can be done. If one's stock is good, what remains of the work is easy; if, on the other hand, it is bad or merely mediocre, it is quite hopeless to expect anything approaching a satisfactory meal." What every other chef was throwing away - the scraps of tendon and oxtail, the tops of celery, the ends of onion, and the irregular corners of carrot - Escoffier was simmering into sublimity...

...Deglazing was the secret of Escoffier's success. The process itself is extremely simple: a piece of meat is cooked at a very high temperature - to produce a nice seared Maillard crust, a cross-linking and caramelizing of amino acids - and then a liquid, such as a rich veal stock, is added. As the liquid evaporates, it loosens the fronde, the burned bits of protein stuck to the bottom of the pan (deglazing also makes life easier for the dishwasher). The dissolved fronde is what gives Escoffier's sauces their divine depth; it's what makes boef bourguignon, bourguignon. A little butter is added for varnish, and, voila, the sauce is complet.

Lehrer writes passionately, eloquently when he writes about food. He mixes his discussions of biochemistry and cognitive science so that they blend together seamlessly with the other ingredients. What you taste is one delicious sauce, not a hodgepodge of ingredients. It makes this chapter a particular pleasure to read. If he can cook as well as he can write about food, I wouldn't mind eating dinner at his house.

This chapter together with the following one, pairing Proust and the famous madeleine unlocking his childhood memories made me think how apt a metaphor cooking is for neuroscience. Why would a bunch a browned and boiled bones and vegetable scraps form a good soup? Why would flour stuck together with fat and sweetened with sugar coalesce into something that is not just delicious but comforting, and in Proust's case revelatory? Nothing about the flour in its paper sack or the greasy butter would hint at the pleasure that's to come out of the oven. Studying ourselves as creatures is similar - whether you delve into our molecular structure, how we perceive the warmth of water, or how we affect physical and chemical changes around the microscopic spaces between our nerve cells to form impressions of the past that, as Lehrer discusses in this chapter, are both enduring and ephemeral - how does a thinking, moving, self emanate from this collection of ingredients to read, eat soup, vote red or blue, or to be loved?
Posted by Ted at 7:06 AM